Pike Area Manager Alex Phelps discussed the project in detail with Councilor Pappas and answered any questions. Mr. Phelps pointed out that this and numerous other projects throughout the state are funded through this year’s passage of the 4 cent gas tax increase. Since the tax took effect in July, the price of gas has dropped 60 cents.

Councilor Pappas noted “But since the tax was passed New Hampshire has added some 200 miles of road construction in 2014 alone.”

This particular section of NH Route 107 is a major artery between NH Route 4 and NH Route 28 carrying motorist from Northwood to Pittsfield on one of New Hampshire’s oldest routes that originally served as the main route for getting crops from the Lakes Region to the Seacoast. 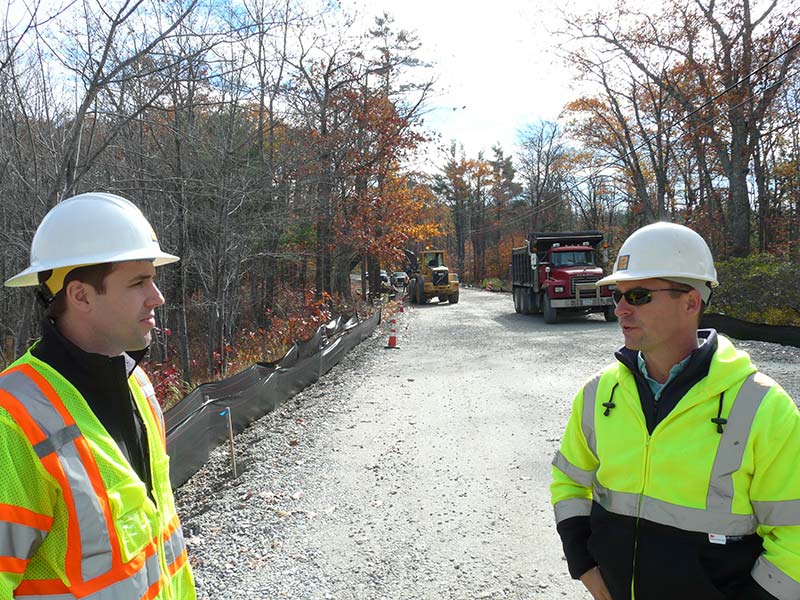