Pike Industries has deployed nearly 80 trucks from its West Lebanon, NH quarry for the rest of this week and possibly throughout the weekend. Pike's own fleet and its network of many contract haulers will combine to deliver thousands of tons of construction aggregates to Vermont municipalities and the State's Agency of Transportation. Tropical Storm Irene dumped nearly a foot of rain on the Green Mountain State causing widespread flood damage to many roads and highways. Some communities are completely cut off with no access routes available.

"We are pulling in trucks from all over the company and adjusting our project schedules to free up as many trucks as possible", said Jay Perkins, Pike's Regional Manager. 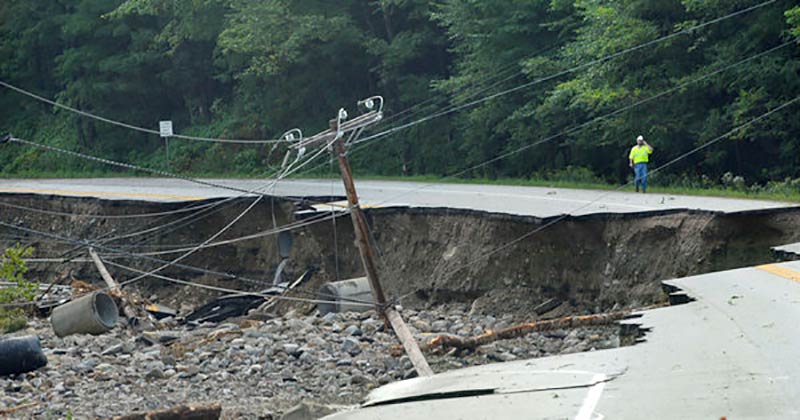