Pike Industries recently joined with leading construction companies from around the nation during the Transportation Construction Coalition Fly-In held in Washington, DC. Over 500 construction employees attended the event to meet with individual Senators and Representative to discuss issues critical to the industry. The leading topics on this year’s agenda were:

How to fix crumbling U.S. roads, rails and airways 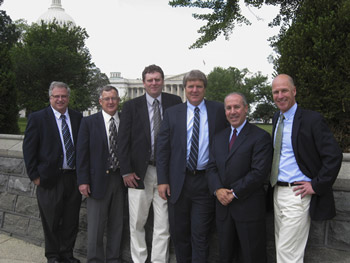